I went a trip from college to London to see this. It was a big deal for me, my first time in London and  looking at a painting that was done using Acrylic by a British artist from Bradford. I had no idea who the people were, but they seemed to be  just like people you might see in the street and the whole work  was of today (back then). 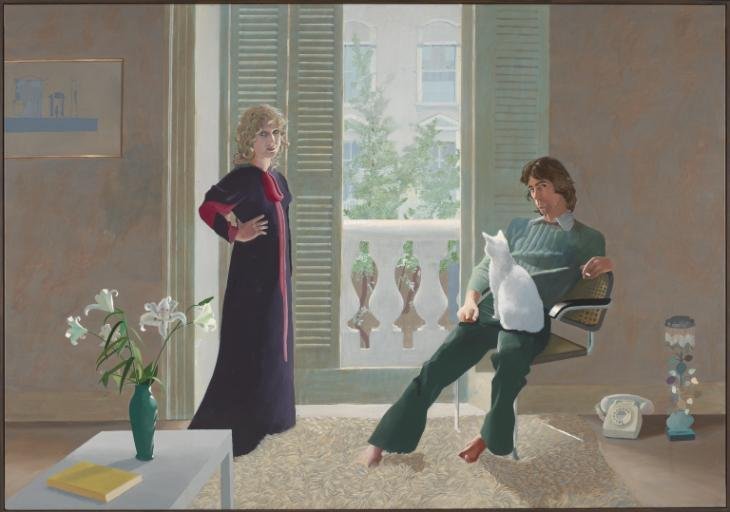 This is one of a series of large double portraits which Hockney began in 1968. He had painted imaginary couples in such earlier paintings as The First Marriage (A Marriage of Styles) 1963 (Tate T00596). In the later paintings, the subjects are real couples who were Hockney’s friends. They are portrayed in their home environment in a style which is both realistic and highly simplified. Hockney worked from photographs and life observation, making drawings to resolve composition.

Paintings-I-love
29May
The Hunters in the Snow
29Jun
Camille Pissarro - Countryside & Eragny Church and Farm 1895
29Jun
Joseph Mallord William Turner - The Fighting Temeraire, tugged to her last berth to be broken up, 1838
Comments